The English version is in progress

The Rendering Logic of combo

When there are no combos but nodes and edges, the visual index (zIndex) of edges are lower than nodes by default. For a graph with combos, rules about visual index should be specified to achieve reasonable result. For convenience, z(X) indicates the visual index(zIndex) in the following. 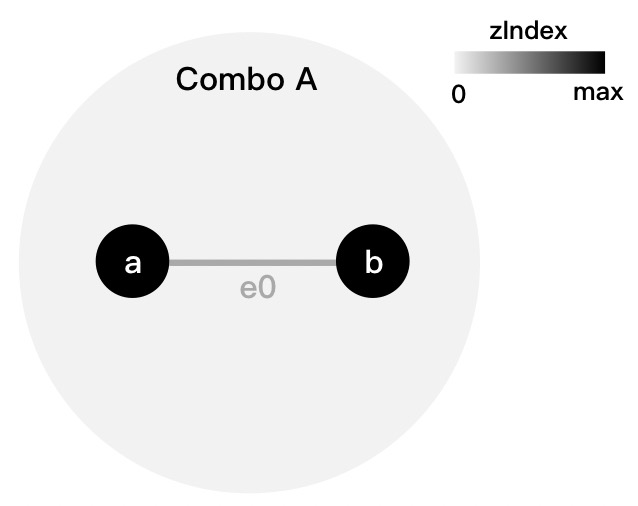 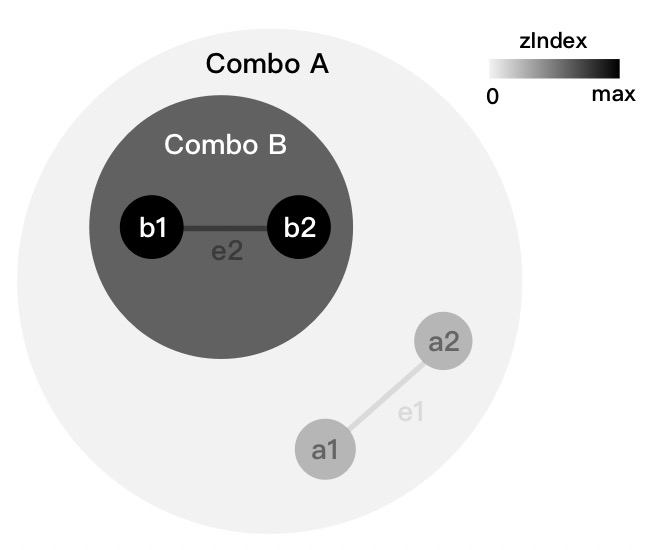 As shown in the figure below, The edges with red label matches Rule 2: 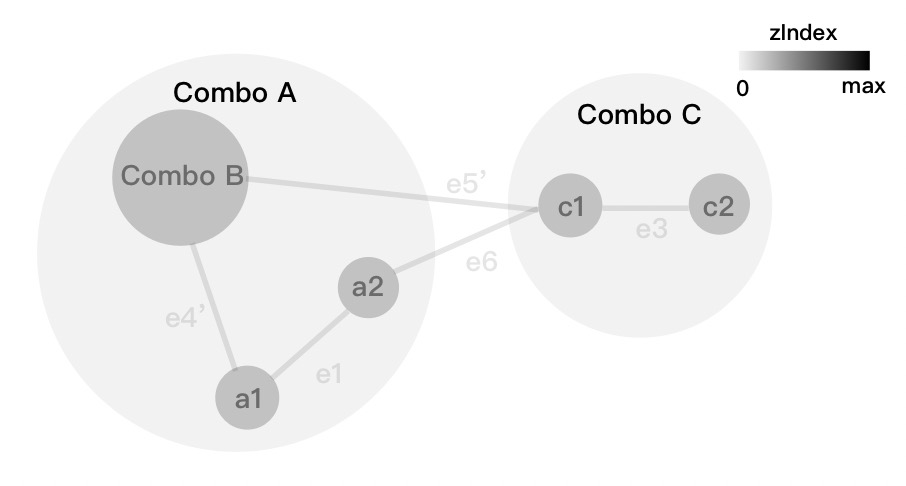 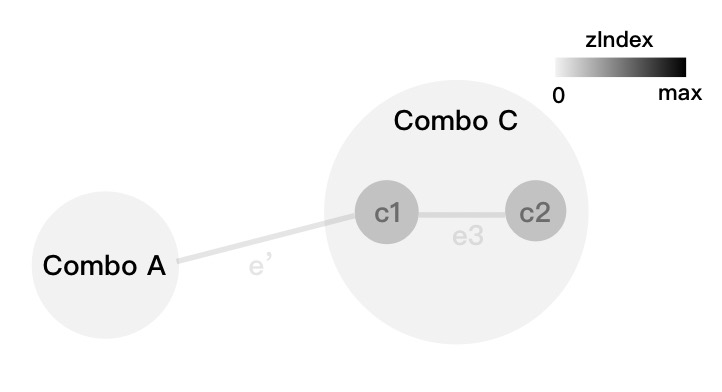 G6 provides a force-directed based layout for combo named 'comboForce'. There are three situations to be considered:

The principle of traditional force-directed layout: There are repulsive forces between all the node pairs as Fr = k/r2; There are attractive forces between the node pairs which have connections(edges) as Fa = ks * r. Where r is the distance between two nodes, k and ks are coefficient. To meet the requirement of combo layout, we add some additional strategies to make the nodes inside a combo more compact and avoid the combo overlappings.