Graph layouts are the algorithms arranging the node positions to obtain a understandable visualizaiton. According to the differences of data strucutre, the layouts can be categorized into: general graph layout and tree graph layout. There are several layout algorithms for them respectively. By utilizing the built-in layouts, Translating the layouts and their configurations, translating the data can be achieved. Besides, G6 provides the Web-Worker for general graph layout in case layout calculation takes too long to block page interaction.

Besides, G6 supports Custom Layout mechanism for users to design their own layout algorithm.

In fact, 'layout' is a free mechanism in G6. The built-in layouts only calculate and manipulate the x and y in node data. In other word, users can assign x and y to nodes by any other ways including the algorithms from the third-party libraries. Once G6 find the x and y information on data, it will render the graph according to it.

In this ducoment, we will introduce the layout algorithms in detail.

Configure layout to the Graph instance to assign the layout methods and their configurations. The following code assigns the layout with type: 'force', which means the classical force-directed layout algorithm. The configurations preventOverlap: true and nodeSize: 30 are assigned to prevent node overlappings, where the nodeSize is used for collide detection. More layout configurations can be found in the following sections.

When the layout is not assigned: 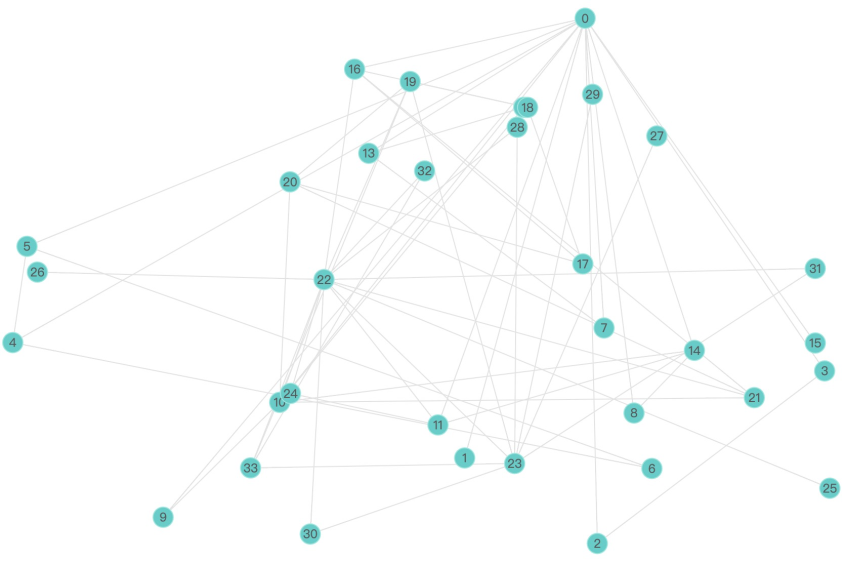 Description: GForce implements the classical force-directed layout algorithm by G6 4.0. It supports assign different masses and center gravities for different nodes freedomly. More importantly, it supports GPU parallel acceleration. If you want to fix the positions for some nodes during calculation, assign fx and fy for the nodes as fixing positions. Demo for fixing node.
API: GForce API
Configuration: 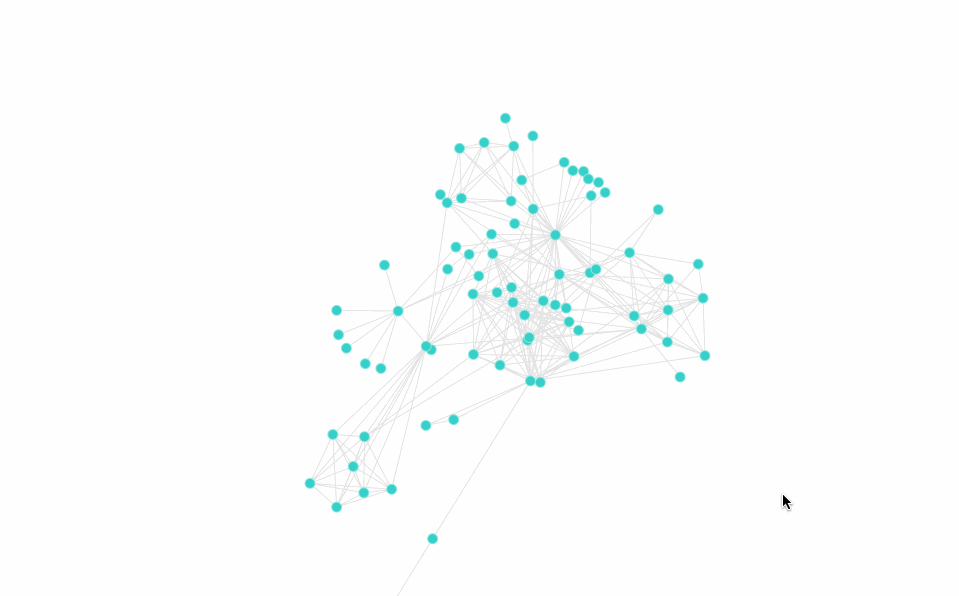 Description: Classical force-directed layout algorithm. If you want to fix the positions for some nodes during calculation, assign fx and fy for the nodes as fixing positions. Demo for fixing the dragged node with force layout.
API: Force API
Configuration: Corresponds to the configurations in force-directed algorithm in d3.js

Description: Fruchterman is a kind of force-directed layout. If you want to fix the positions for some nodes during calculation, assign fx and fy for the nodes as fixing positions. Demo for fixing node.
API: Fruchterman API
Configuration: 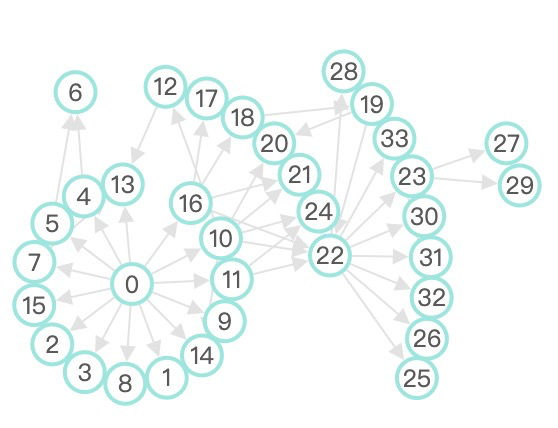 Description: Arranges the nodes to concentrics centered at a focus node according to their shortest path length to the focus node.
API: Radial API
Configuration: 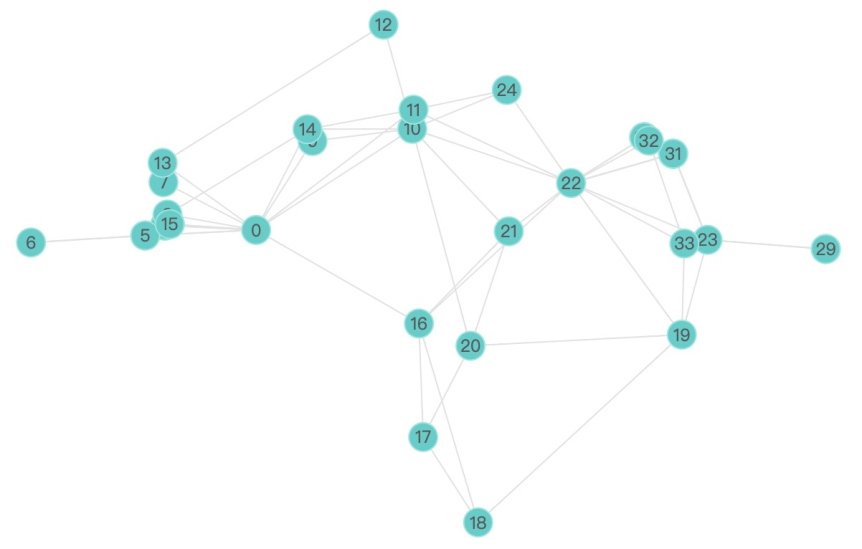 Tips: Concentric layout in G6 refers to cytoscape.js, we obey the MIT license.
Description: Orders the nodes according to the configurations and arranged them onto grid.
API: Grid API
Configuration: