Graph layouts are the algorithms arranging the node positions to obtain a understandable visualizaiton. According to the differences of data strucutre, the layouts can be categorized into: general graph layout and tree graph layout. There are several layout algorithms for them respectively. By utilizing the built-in layouts, Translating the layouts and their configurations, translating the data can be achieved. Besides, G6 provides the Web-Worker for general graph layout in case layout calculation takes too long to block page interaction.

Besides, G6 supports Custom Layout mechanism for users to design their own layout algorithm.

In fact, 'layout' is a free mechanism in G6. The built-in layouts only calculate and manipulate the x and y in node data. In other word, users can assign x and y to nodes by any other ways including the algorithms from the third-party libraries. Once G6 find the x and y information on data, it will render the graph according to it.

In order to handle the tree data structure, G6 extends Graph to TreeGraph. Refer to: TreeGraph API. TreeGraph is appropriate for visualizing hierarchy data. In this ducoment, we will introduce the TreeGraph layout algorithms in detail.

Similar to Graph, assign layout to Graph instance to set the layout for a TreeGraph. The Expand/Collapse behavior can be assigned to the TreeGraph by modes.

Description: CompactBox is the default layout for TreeGraph. It will consider the bounding box of each node when layout.

Description: Arranges all the leaves on the same level. It is appropriate for hierarchical clustering. It does not consider the node size, which will be regarded as 1 px. 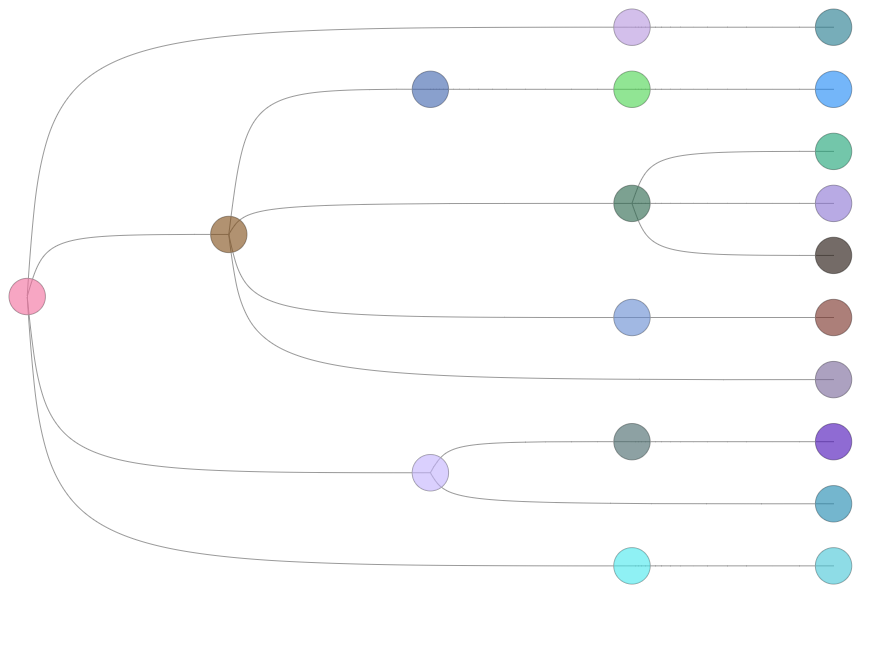 Description: Indented layout represents the hierarchy by indent between them. Each node will take a row/column. It is appropriate for file directory. 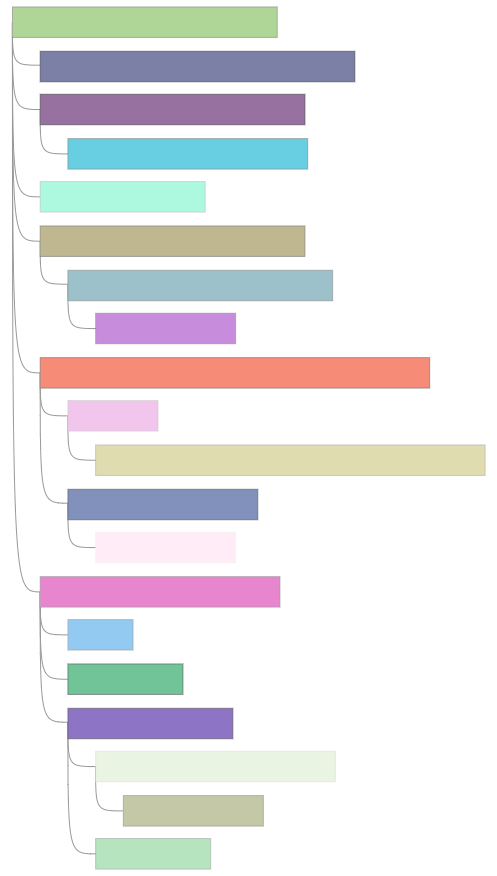 Description: Mindmap arranged the nodes with same depth on the same level. Different from compactBox, it does not consider the size of nodes while doing layout. 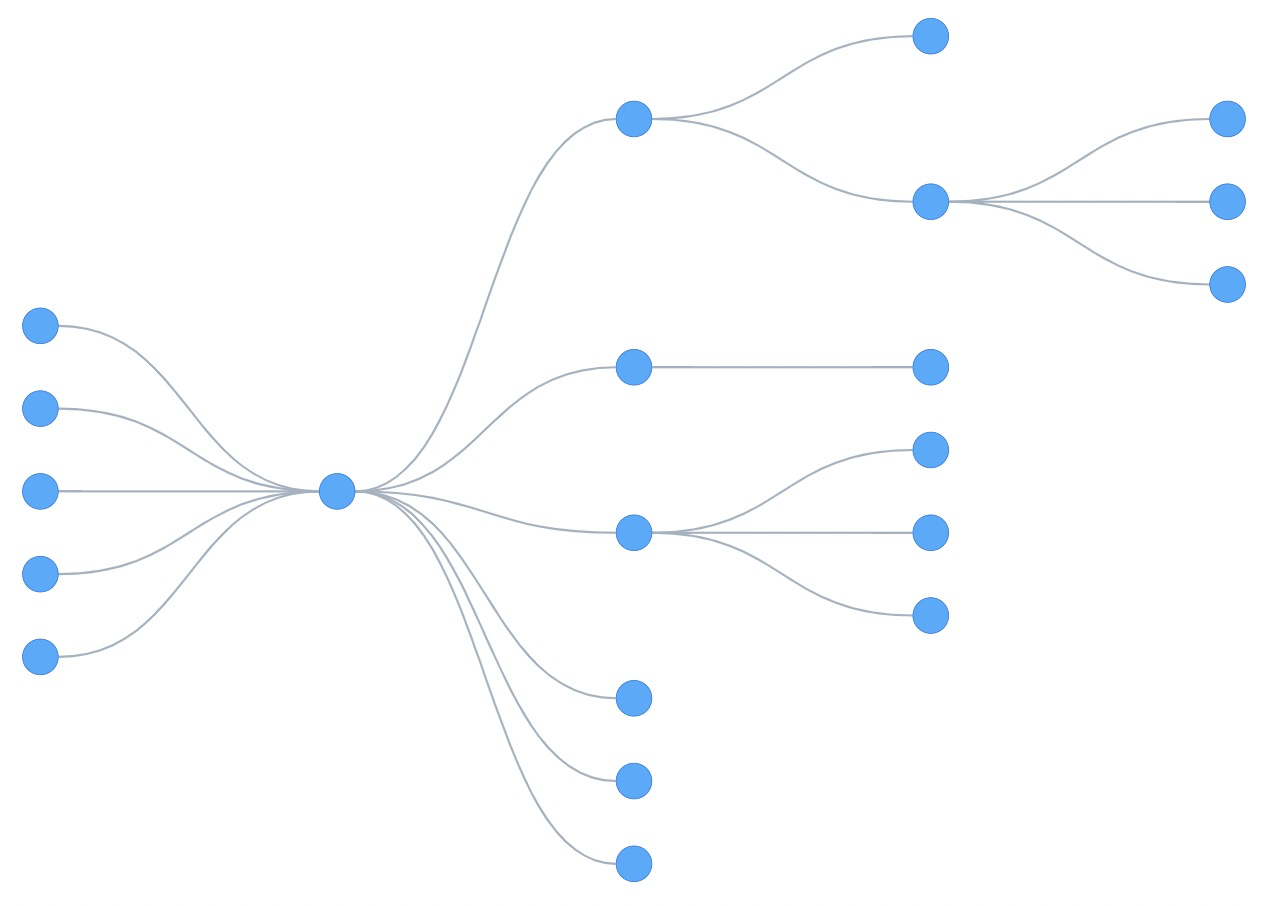